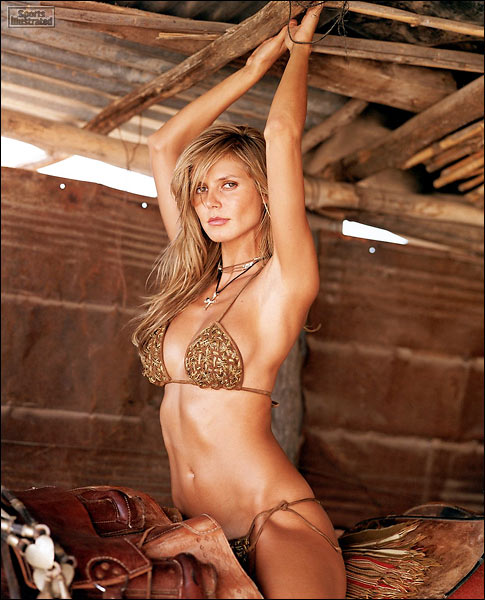 Forbes magazine recently released the latest list of the world’s most highly paid models. Once again dominating the list is 39 year old German beauty and supermodel Heidi Klum who is host and executive producer of Project Runway and trails far behind Gisele Bündchen at No. 2 on the list of the most highly paid models in the world with estimated earnings of $20 million in the last 12 months. In fact, it was such a great year for the world’s most highly paid models that the 10 top earning female models on the planet made a combined $112 million in the 12 months up to May 2011 which represents an approximate 30% increase in earnings over the previous year according to Forbes magazine.

It is interesting to note that Victoria’s Secret has launched many of the industry’s most exotic and beautiful new faces. Among them: the blonde and German supermodel beauty Heidi Klum, who ranks 2nd place on the Forbes list of the most highly paid models in the world with estimated earnings of $20 million United States Dollars over the past year.

Heidi Klum continues her transformation from Victoria’s Secret model to business mogul and supermodel entrepreneur. This fall she ended her 13 year Victoria’s Secret career, but her earnings climbed to $20 million with television projects, fashion lines, and big brand endorsements.

This year Heidi Klum struck a deal with activewear company New Balance, creating a line of tops, dresses, and athletic apparel dubbed HKNB that will be sold exclusively on Amazon.com. In October 2010 the Project Runway star inked a 20 episode deal for a new show on Lifetime, called Seriously Funny Kids. In Europe, her Germany’s Next Top Model continues to dominate the ratings in that country.