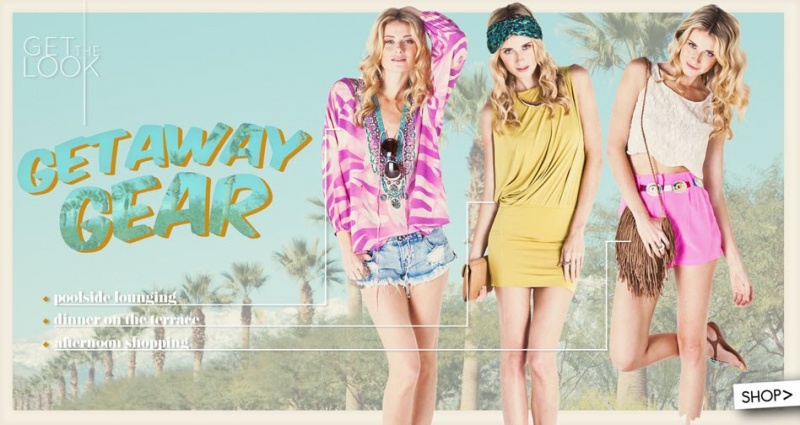 Milan Fashion Week – ZARZAR MODELS brings you the beautiful and colorful Blumarine fashion runway show for fall 2012 winter 2013 featuring top models from the best modeling agencies in the world for women. Makeup artist Charlotte Tilbury explains the makeup look for the Blumarine fashion show runway. “The stylist wanted the girls to look very much supermodel. All those heavenly girls with very kind of defined, strong, arched eyebrows, contoured cheeks, highlighted cheekbones, chocolate browns all around the eyes, a few individual lashes at the end to kind of wing out the eye, chocolate brown eyeliner inside the eyes and lots of mascara top and bottom.” Model Magdalena Frackowiak calls it a bit of a Brigitte Bardot look. Hairstylist Sam McKnight calls the hair great, sexy, and shiny with a sort of 1960’s Fellini-esque glamour.

The beautiful models walk powerfully on the runway for the Blumarine fashion show, beginning with 5 different electric neon colored fur coats, followed by an array of metallic looks. “This collection is totally different from my usual ones because it represents the style and personality of each woman. I wanted to put together all the different styles I created, allowing each woman to find her style,” says designer Anna Molinari. For winter, she wanted 5 or 6 flashes with all the white for the snow, colorful Mongolian fur coats and big Mongolian bags. Other looks included more prim and proper with beige cashmere and bright and flashy metals from head to toe in cashmere knits that look like fabric and instead, they were knits that were pressed and laminated. A look of fox fur and sequined pants was very elegant. There was also a New York girl that likes to go clubbing with shorts, an embroidered T-shirt, and silver bomber. For the finale, there were a couple of evening dresses made for a woman who likes to dress up for an evening at La Scala, an opera house in Milan.

“What I love about the Blumarine clothing is that it’s so out there, and fun and sexy at the same time,” says model Shanina Shaik.