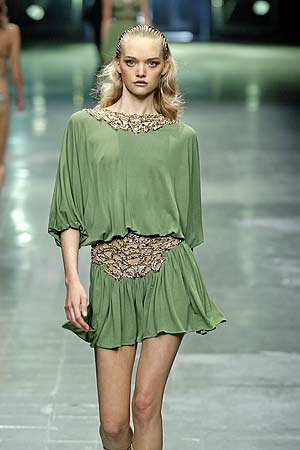 Go backstage for an exclusive look at Alexander McQueen’s Fall 2011 collection designed by Sarah Burton. Sarah’s genius and talent captured the heart of Kate Middleton with the stunning dress she designed for the Royal Wedding.

From the iconic beauty look makeup artist Peter Philips and hairstylist Guido created to the extraordinary couture like dresses – this show will take your breath away. In this exclusive look backstage we find out why fashion and beauty insiders feel Sarah Burton has such an eye for the future.